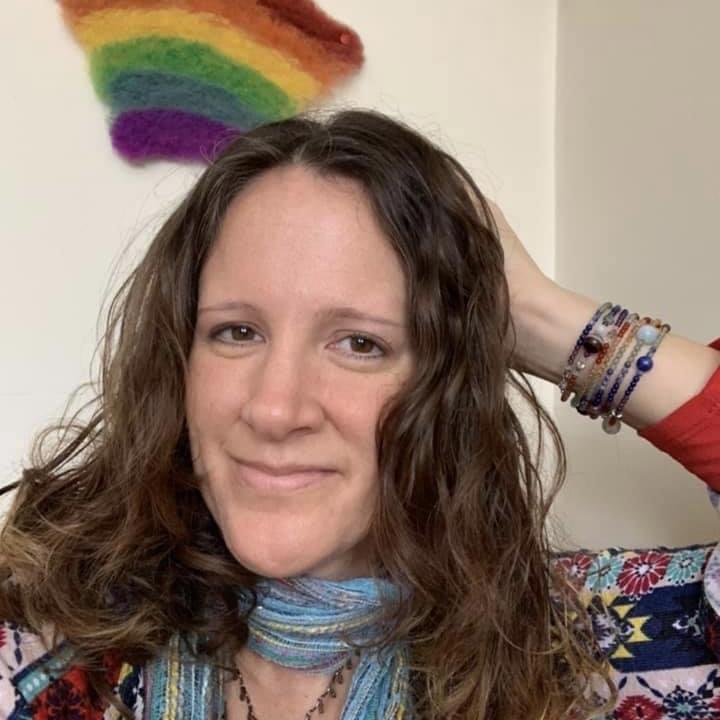 EmpowR is a culmination of the beautiful complexity of talent, skills, and medicine Rae embodies to fulfill her life purpose to serve people and the planet, while honoring her own commitment to physical, emotional, mental, and spiritual wellness.

Studying and training in modalities to support lifelong healing was central to Rae’s personal transformation from cancer and trauma and her ability to now support loved ones, people in the EmpowR community, and to guide EmpowR’s approach to healing and social justice. Rae trained in the Mindfulness-Based Stress Reduction program developed by Jon Kabat-Zinn and works with embodiment practices, including breath work, guided meditations, and hypnotic journeys which draw from her creativity weaving together language, voice, and relationship with the Earth.

Rae studies both cultural and vocal somatics, examining deeper alignment between the voice, body, and how we communicate with ourselves, each other, and in society as well as the impacts our voices have on personal healing and transforming our culture. Rae is actively healing trauma from oppressor ancestry as a part of her commitment to becoming anti-racist and is in a constant state of learning, unlearning, and relearning; which informs her knowledge base and how she shows up in her work with EmpowR. She studies with the Cultural Somatics Institute and has completed the Cultural Somatics and Racialized Trauma courses. She also sings and creates music and meditations with the Hygge Den music collective.

Attuned to Reiki I and II, Rae is a certified practitioner in the Usui System of Reiki Healing; studying with both Central Vermont Reiki and Lightheart Healing Arts and honoring Japanese spiritual roots and Buddhist Sanskrit teachings. Rae offers distance Reiki in healing navigation sessions, includes Reiki as part of forest energy healing sessions, and integrates Reiki energy into much of her work and life.

Her deep connection with Earth-based spirituality grounds Rae in her body and with the land and supports her ability to help people reconnect to their own sacred relationships with the Earth as integral to individual and cultural healing. She is also an ordained minister with the Universal Life Church and supports people in their spiritual celebrations.

As a self-taught herbalist, Rae taps into her medicine woman ancestry and the ancient wisdom that resides in her body, soul, and spirit. Rae grows and makes medicine to prevent cancer and support herself and her family and pets in their holistic wellness and offers plant medicine as gifts within the EmpowR community. She practices sustainable wildcrafting and organic herb production and is currently studying The Science and Art of Herbalism, Rosemary Gladstar’s Certification Course. Learn more about Rae’s path to herbalism in this video.

EmpowR is a member of Vermont Businesses for Social Responsibility (VBSR) where Rae serves on the board of directors, the executive committee, and the Justice-Equity-Diversity-Inclusion (JEDI) task force. She is on the steering committee for Vermonters Taking Action Against Cancer, the development and implementation of Vermont’s state cancer plan, where she advocates for health equity, integrative medicine, and primary prevention by addressing social and environmental factors that cause cancer.

Rae is a racial justice facilitator, member of the Peace & Justice Center, Central Vermont Showing Up for Racial Justice, and is active in racial justice advocacy work in all spaces where EmpowR has a presence. Rae completed the Art of Navigating Change cohort at the Rockwood Leadership Institute, examining how the personal and societal behaviors of liberal elitism directly impact the effectiveness of addressing race, gender, and class equity. Unpacking the polarization and divisiveness between progressive righteousness and libertarian individualism is work Rae began, prior to her cancer diagnosis, at the Vermont Sustainable Jobs Fund. She continues to build upon this work through the lens of equity and collective liberation, seeking spaces and opportunities to lend her dynamic perspective in human behavior trends, truths, and values; with an intuitive eye towards the entry points for change.

Rae serves on the Vermont Farm to Plate health cross-cutting team, Vermont Council on Rural Development Leadership Network, and is a member of the Northeast Organic Farming Association of Vermont (NOFA-VT), United Plant Savers, and the Vermont Reiki Association. She volunteers with the Stowe Weekend of Hope, Vermont Cancer Support Network, and supports the Maggie Card at the Cancer Patient Support Foundation. She supports the Web of Love healing community and fosters web weaving and bridge building to connect healing sanctuaries, holistic health practitioners, and healing and social justice facilitators to mainstream audiences, conventional health care, and in the disruption of the status quo.

EmpowR publishes the EmpowR Voice Blog, a container for Rae’s voice and the voices of EmpowR co-creators committed to raising the impact of our voices for change. Rae’s commitment to service can be supported by becoming a member of the EmpowR Patreon Community

Prior to being diagnosed with cancer in January 2018, Rae (previously known as Rachel) served as the communications director at the Vermont Sustainable Jobs Fund (VSJF) for five years where she facilitated marketing collaboration among businesses, nonprofits, and government agencies to elevate sustainable economic development in food system, forest product, and renewable energy technology market sectors. She provided strategic communication and marketing direction for the organization, the Farm to Plate Network’s implementation of Vermont’s statewide food system plan, the Vermont Bioenergy Initiative, climate economy and forest product programs, as well as the Flexible Capital Fund and Slow Money Vermont investment platforms.

In her role at VSJF, Rae also facilitated the creation, development, launch, and early stage implementation of the Rooted in Vermont grassroots campaign to increase consumer demand of local food in Vermont by unifying Vermonters with different values around a common love for local food in whatever way is accessible to their lifestyle and values. Rooted in Vermont succeeded in surpassing the Farm to Plate legislative goal to increase local food consumption three years ahead of schedule and remains an active part of Vermont’s local food movement as a bridge between diverse communities in these divisive times.

Previously Rae owned and operated the public relations, social media, and grassroots marketing firm, Rachel Carter PR, working with Vermont clients in agriculture, tourism, food, finance, education, consumer service, government municipality, and nonprofit sectors. In this timeframe, she taught two 400-level public relations courses at Champlain College, was recognized as one of the first social media innovators and bloggers in the state, and presented on social media marketing extensively for several years. In 2008 she was recognized as the Vermont Young Careerist of the Year and in 2010 was named a Vermont Business Magazine Rising Star in its inaugural year. Rae authored three blogs at the time which led to a variety of journalism opportunities including co-authoring Vermont: An Explorer’s Guide (Countryman Press).

Prior positions in Vermont include director of public relations at a Vermont marketing agency, marketing director at an insurance company, administrative support at a technology company, and working as a chambermaid. Rae arrived in Vermont in 2000 to partially come home as she is twice removed from five generations of Vermont ancestry (post-Western European). She had previously lived in Nashville, Tennessee where she worked as the teen program manager for the Girl Scouts, building upon her youth leadership background in the Girl Scouts in both New York and Massachusetts.

Rae graduated from Marist College in Poughkeepsie, New York, where she earned a Bachelor’s degree in public relations and organizational communication and a certificate in vocal performance. She grew up in Berkshire County Massachusetts where she began her journey of speaking up for justice, advocating for fairness, appreciating differences, communicating with people, educating the public sentiment, disseminating information, acquiring knowledge, understanding human behavior, navigating change, visioning the future, and listening to the trees. 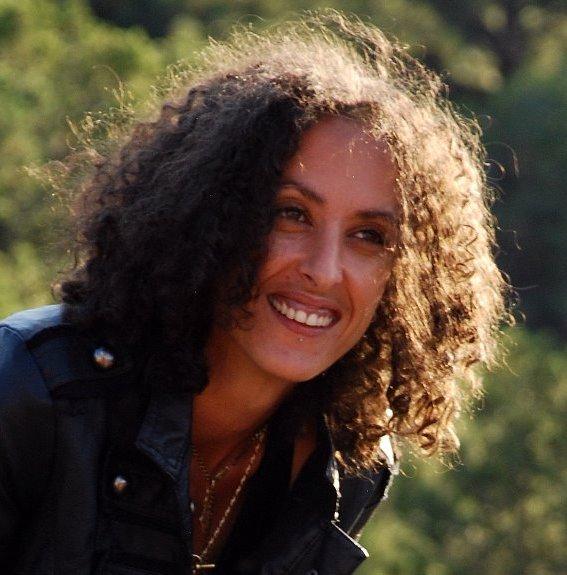 Senayit co-creates with EmpowR as a web weaver and racial justice advocate committed to building networks for community healing wisdom based in reciprocity instead of capitalism. Senayit is a musician, artist, shamanic healing practitioner, and land steward. She holds space for BIPOC healing and racial justice accomplice trainings at Mountain’s Way Sanctuary in the foothills of the White Mountains in New Hampshire. Senayit coordinates a growing Northeast apothecary collective with Calabash Gardens, a Black and Women-owned saffron farm in Wells River, Vermont. 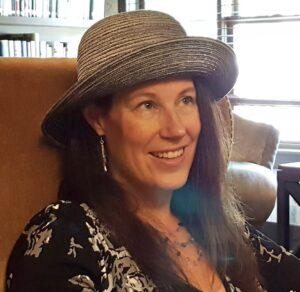 Jennifer co-creates with EmpowR as a culture change facilitator, social justice advocate, and content creator. She is a musician, theatrical performer, and educator. Jennifer facilitates listening practices in community and educational settings and is an accomplice in racial justice work in the Upper Valley Region of Vermont. She performs with David Rosane & The Zookeepers and is the founder of the Summer Street Music Series in Bradford, Vermont. 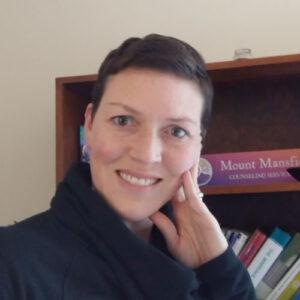 Stacy co-creates with EmpowR as a holistic health workshop facilitator and health equity advocate. She is a clinical social worker who specializes in supporting families and individuals who are dealing with trauma, mental health, gender related issues, and the emotional impacts of cancer survivorship. Stacy currently has a private practice in Jericho, Vermont and hosts the breast cancer support community Fiercely Flat Vermont on Facebook. 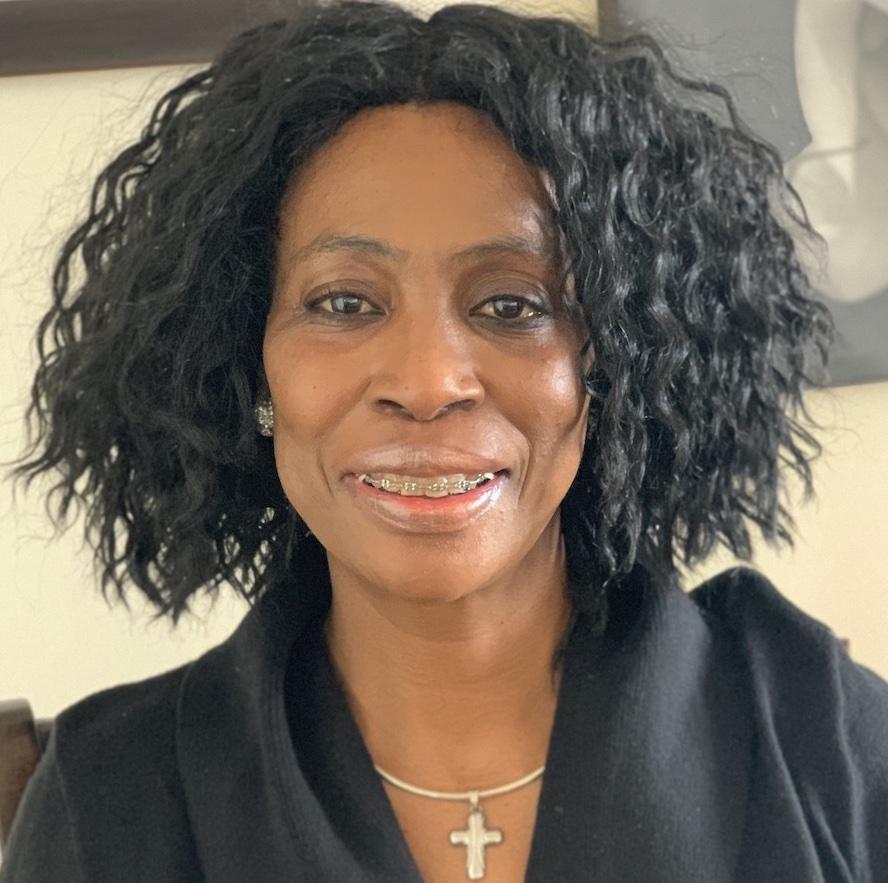 Samartha co-creates with EmpowR as a culture change advisor from the perspective of how emotional awareness and emotional literacy ripples into cultural sensitivity and transformation. She is an emotional health and wellness therapist who specializes in emotional literacy by activating client empowerment, self-restoration, and relational healing. Samartha is the founder of SAFEN Emotions Matter, Inc. and has a private practice in Brampton, Ontario. 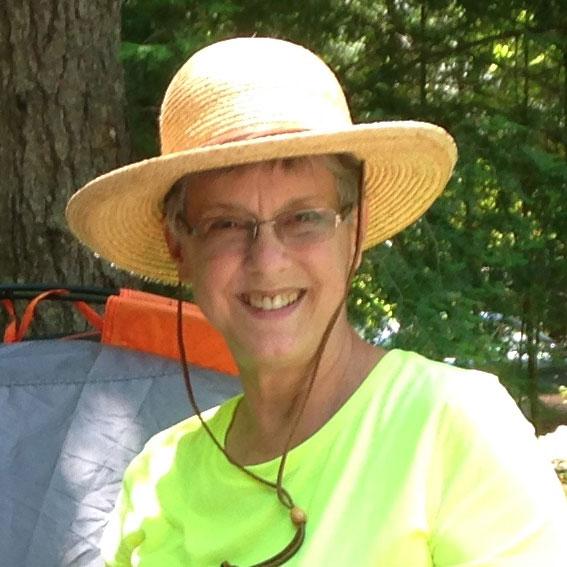 Mellonee is honored as an EmpowR elder who shares her wisdom and healing modalities as a light and energy worker. Mellonee supports Rae and Mitch at in-person retreats and online events. She is also a musician and creates healing music and meditations for EmpowR content and also plays with the Hygge Den music collective. 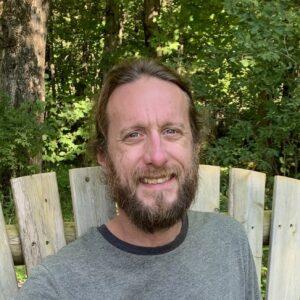 Mitch is an empath, special education teacher, musician, land steward, and Rae’s best friend and life partner. Mitch is active in social justice and union organizing in the educational system, and is engaged in Organizing White Men for Collective Liberation. Mitch facilitates the EmpowR Men’s Community and co-hosts events with Rae. He nurtures the land and tends to the trees at the Forest Magic Healing Sanctuary and oversees organic herb production and forest floor regeneration. Mitch also manages the Hygge Den music collective, a downtempo music project, which produces content for EmpowR.

Trust your intuition and ask yourself, is it time to connect? If yes, let’s talk!